Ling Yang, Ph.D., Assistant Professor of Anatomy and Cell Biology and member of the Fraternal Order of Eagles Diabetes Research Center was recently awarded a new RO1 Research Grant from the National Institutes of Diabetes and Digestive and Kidney Diseases (NIDDK) of the National Institutes of Health. The project entitled:  Integration of Inflammatory Signaling and the Unfolded Protein Response by Nitrosylation Signaling in Obesity will be supported by a $1.9M award over the next five years. Dr. Yang’s research team, discovered that in obesity, insulin resistance and type 2 diabetes liver inflammation occurs. This is mediated in part by increased activation of the enzyme inducible nitric oxide synthase, which generates excessive amounts of nitric oxide, which alters proteins through a process known as nitrosylation. Nitrosylation impairs the function of proteins that regulate a critical cellular process known as the unfolded protein response (UPR). In diabetes, the activity of proteins that regulate the UPR is reduced, leading to a phenomenon known as unresolved ER stress. Importantly the activity of an enzyme S-nitrosoglutathione reductase (GSNOR) which reverses nitrosylation of proteins that regulate the UPR is reduced in the liver, directly leading to unresolved ER stress. The project will determine if increasing the activity of GSNOR will normalize ER stress in the livers of obese and diabetic animals leading to improvement in insulin resistance and diabetes. The project also seeks to determine how specific proteins that regulate the UPR are altered by nitrosylation, how this process impairs protein function and if they can be reversed by increasing the activity of GSNOR. The mechanisms elucidated in this project will provide further understanding of how inflammatory and ER stress pathways are integrated in the context of obesity-associated hepatic insulin resistance, dyslipidemia and ultimately type 2 diabetes. Insight into the mechanisms by which maladaptive organelle stress responses drive these pathologies should speed development of novel therapeutic targets for metabolic diseases. Congratulations to Dr. Yang on this tremendous achievement! 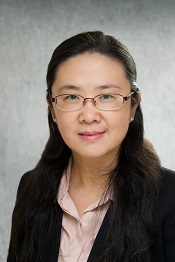